It functions exclusively as a drone in heterophonic musical texture (a remarkably typical use of metallic trumpets in most Asian cultures) used in military band functions, called daechwita.  It intones a single pitch for the accompanying melodic instruments, double-reed taepyeongso, and drums.   A player can produce a couple of overtones but this is in practice almost unheard of even when used in excitable dance settings.  It usually has a red pennant attached to the instrument and is telescopically collapsible for easy transport. Type your paragraph here.

Bronze replica of a Roman tuba. 47.5 inches pitched in C.  From the shop of Robb Stewart 1990 #211.  Commissioned by Phil Palmer of Richmond, VA

The name comes from Latin meaning “tube” and not to be confused with the modern post-industrial age bass tuba.  It comes in conical and cylindrical bores and there is yet no known distinction made by the Romans in written documentation of this dimensional detail.  Iconographical depictions are inconsistent.  This replica is conical with a fixed mouthpiece.  Tubas served as the primary signaling instrument of the Roman army.  Sometimes depicted with the larger cornu, it had the advantage of being less cumbersome to transport.  Able to sound six overtones it is capable of producing modern military bugle calls.  We have nothing notated historically that tells us how or what the Romans played on the tuba.  Pictorial renderings from North Africa show the tuba and cornu accompanying a hydraulis (a type of water powered organ) in a recreational music setting which suggests the early use of what we think of as modern modal or tonal harmonies.

Rag-Dung collapsed. Notice the internal telescoped section visible in the bell.  Most Tibetan instruments today are made in India by Tibetan enclave communities relocated since the 1960s.  These instruments are meant to assist with meditation.  They simply drone one pitch even though theoretically at seven feet it could produce several.  This is typical performance practice of lip-blown instruments in Asiatic regions.

The dragon-faced trumpet often has a chain or rope attached since it is hung on the temple walls.  It may be blown to signal the beginning of a mantra session or other temple event but most often it is used to announce the arrival of an arhat or highly respected monk.  It intones a single pitch of modest volume owing to the dragon’s tongue obstructing the open mouth.  The design, like many Buddhist implements, may have had sub-continental origins in Hindu practices in particular, with this instrument owing to the elaborate swirl decorations, references to the hybrid sea dragon Makara. 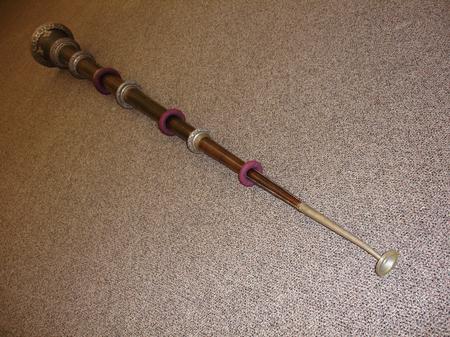 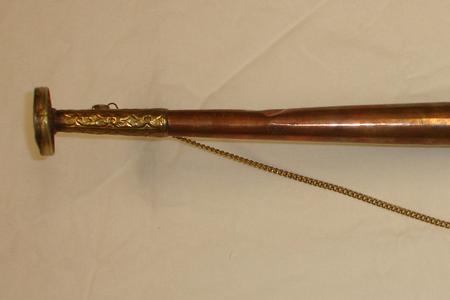 These paired Lurs (Luren) represent the advanced metal working skill demonstrated by the early Nordic cultures.  Similar bronze instruments from that time period appear among the Celtic peoples in western and continental Europe.  The curious design of these Luren, thought by some to imitate serpents, may have received inspiration form the mammoth ivory trade.  Although the mammoth had been extinct for several thousands of years, bogs and deltas had preserved enough tusks to allow for a viable market of ivory much in the way modern Siberians harvest legal ivory today. 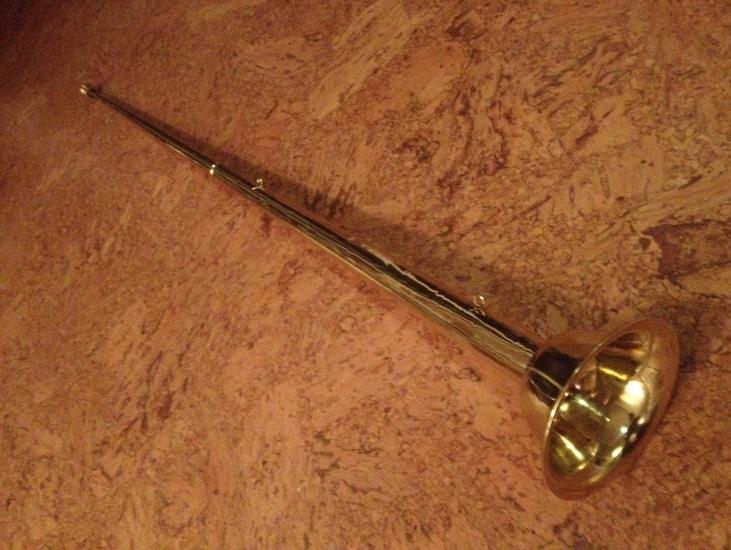 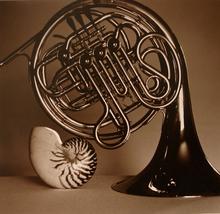